I'm sure you know what I'm going to say.....another early morning and a 9am train ride to Munich, Germany.

Kevin Brojek gets some fresh air. 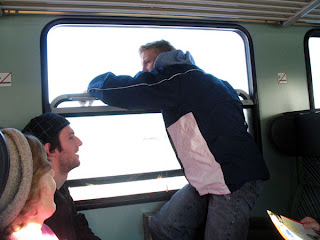 After our trip on the train we started our walk toward the main center of Munich. 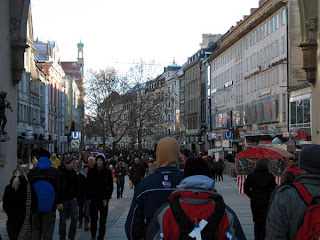 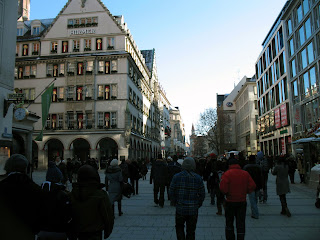 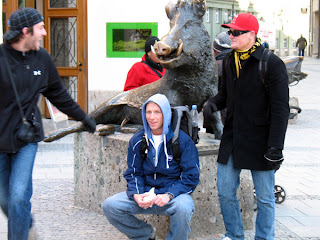 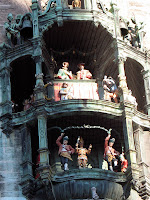 We made it to the center of Munich and arrived there just in time for the playing of the Glockenspiel. Everyday at 11am and 12pm in the winter months and 11am, 12pm and 5pm in the summer months the Glockenspiel starts to chime. The life-sized statues rotate around each other in a mock dance.

The Glockenspiel celebrates two separate events from Munich's past with two levels of mundane clockwork action. The dancers are coopers (barrelmakers) and are depicted doing the Schafflertanz, or "Dance of the Coopers".

This is done in memory of the end of the plague in 1517 and every seven years some locals dress up much like Morris Dancers without the bells and perform the dance live. The other part is jousting knights.

These re-enact a famous tournament that was held for the royal wedding of Duke Wilhelm V which took place on Marienplatz in 1568.

A view of the Glockenspiel from another angle. The building that houses the famous clockworks is the only building, the residence of the Mayor of Munich, to stand in the area after the bombling of the city in the 40's. 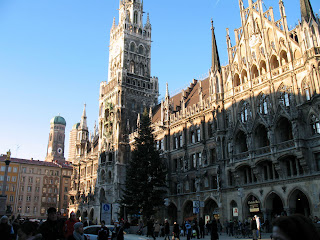 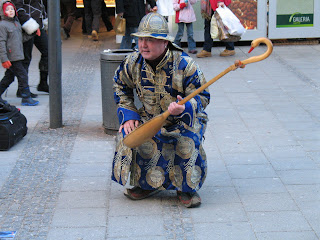 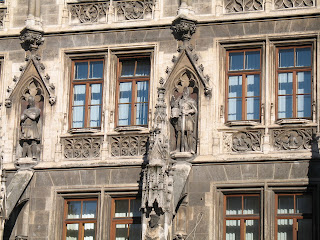 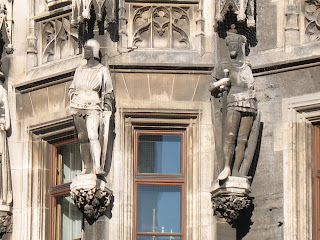 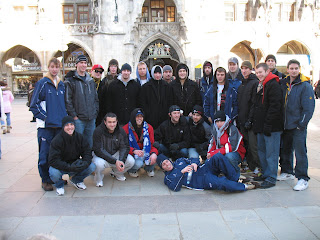 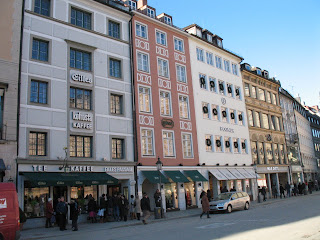 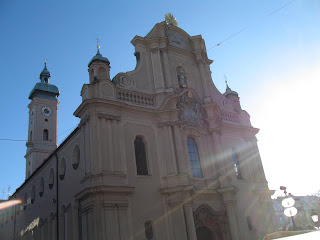 The Museum in Munich (below) was rebuilt after a fire without a dome. The dome originally built to capture rain water that was used for fire sprinklers was thought of as an amazing invention. The problem was the fire had to burn for a few hours before the water, which froze as ice on the roof, melted enough to be used as water. 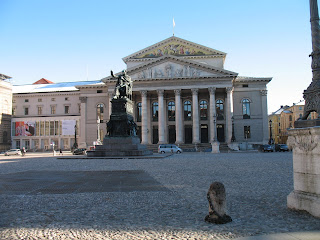 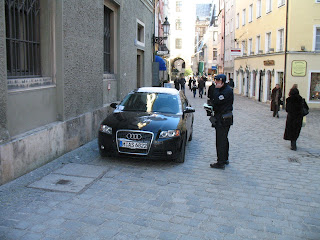 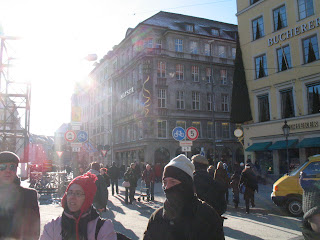 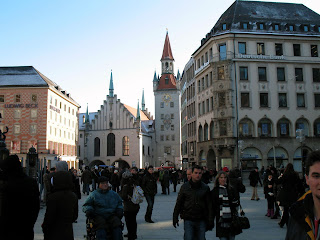 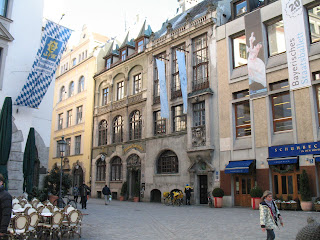 This is the spot and building where the Natzi party started. In a building called the Hofbrauhaus, which is a popular beer pub in the Marion Platz area of Munich. 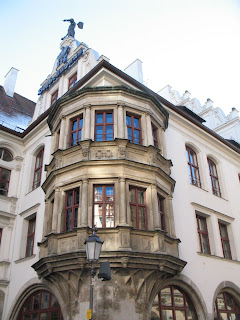 Some of the best pastries are found in Germany, especially Munich, where the true Bavarian sweets are made. I had this pretzel looking treat....mmmmmm. 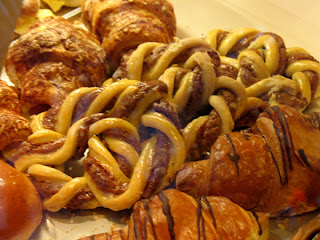 Yep, it's time for my 1am treck back to my hotel...but this time we get to sleep in for a little longer. We have a 10am tour of Fussen, Germany which is where we are staying, and the Neuschawnstein Castle.