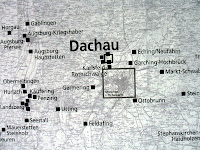 Our first stop was in Dachau, a concentration camp for political prisoners set up in 1933. (Munich is in the big box on the map, and Dachau is in the smaller box above. Germering, where the Select Team plays tonight, is west of Munich.)

It served as a model for all subsequent concentration camps and was under the command of the SS. In the 12 years of its existence, over 200,000 persons from throughout Europe were incarcerated here and in the numerous subcamps. 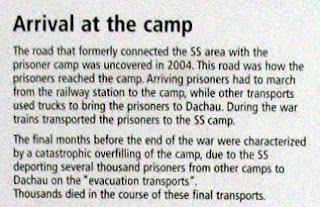 Below is a memorial to those killed. 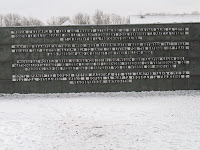 The entrance to Dachau. 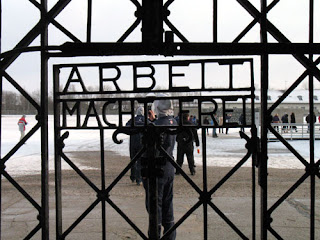 During our visit, we were treated to a snow fall. I was taken aback how something so beautiful could take place in a place that had so much ugliness happen on its grounds.

The order to open Dachau. 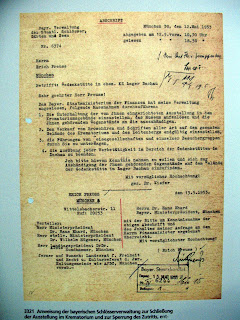 A memorial set up in the courtyard to remember those persecuted. This depicts what people - who at first did not believe happened to those sent to Dachau - saw when they finally took a look at the deceased piled in mass storage areas before being sent to mass graves. 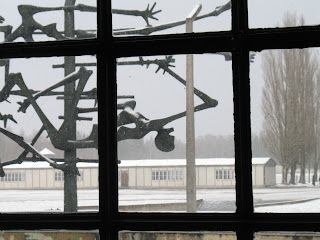 After the U.S. liberated the camp in 1945, those responsible were tried for their crimes. The names below represent the results of the trial findings and their fate. 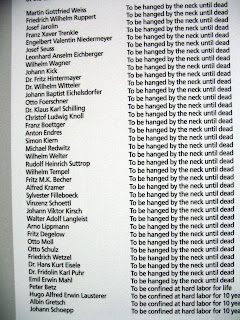 After Dachau we headed for the rink in Germering for the third game of the European tour against the Wanderers. The Selects' first game is on video!!  Yea!  They won 5-3 in a great game.


Here's the opening faceoff, but the link to the full game is below.


Here's the link to the game --->  Click here!  Keep in mind the first 5 minutes doesn't have my play by play on it and the game starts at the 23:00 mark. I didn't realize a setting was wrong. Perhaps that's a good thing?? Ha!