Up yet another time at the crack of dawn to catch the bus from the ice rink for a drive to Vipiteno, Italy and a game with the Bronchos. Have I mentioned that there is about 3 inches of snow on the ground?  The roads are clear, but there is definitely a temperature change being in the mountains of Germany.

On our way we passed through the Lechtaler Alpen mountain range (the Swiss Alps) where not only did we see amazing snow covered mountains jetting from every side, but several castles embedded in the mountain side. 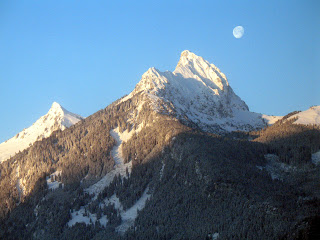 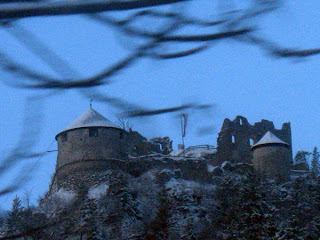 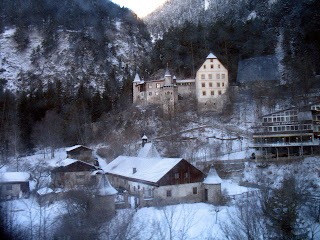 Our route took us through several tunnels to reach Vipiteno, a town snuggled in the mountains. Despite a lot of open land, this town has a quaint shopping and market area ending at the summit of a ski area. 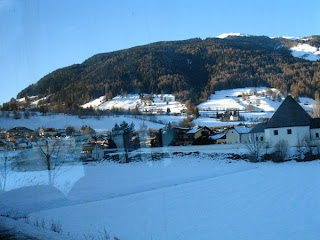 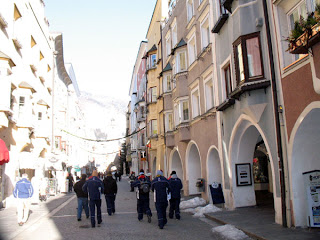 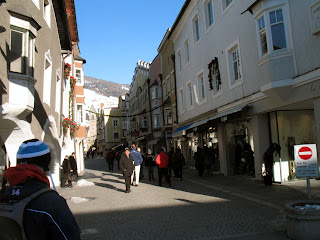 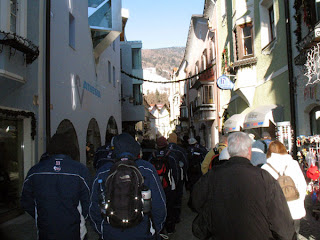 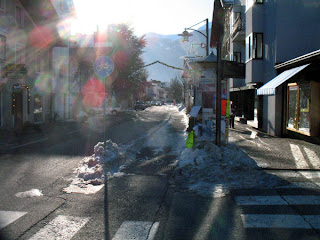 After a short walk through the town, it was time to get ready for the game with Vipiteno. The rink is open air, meaning that the side walls do not touch the roof allowing the air to flow in the rink, and making it much colder that the 20 degrees it felt like in there. 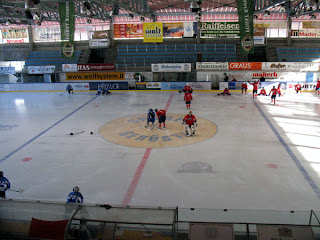 Then we headed to Innsbrook - another incredible city - this time in Austria. Basically, parts of Austria cut through Italy and Germany. Our route back to Fussen included a detour. 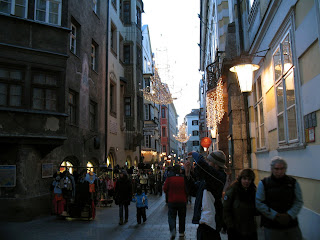 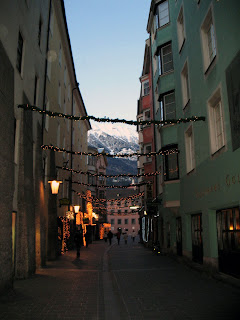 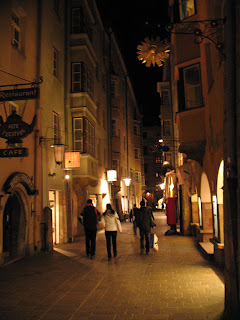 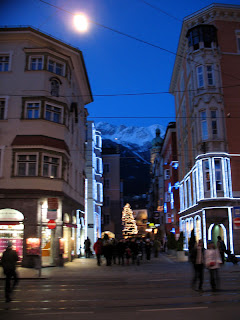 Apparently America is liked by someone in Innsbrook. 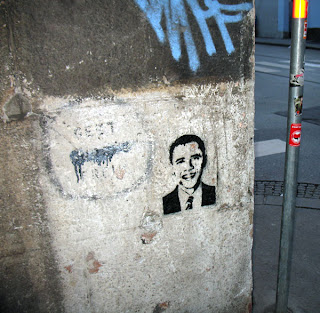 And as I close most of my blogs, it's time to head out at 1am to take the 1/2 mile journey to my hotel. Tomorrow we take a 9am train into Munich, Germany. Then, We may just have some time tomorrow night to take a much needed rest before Game #5 with Memmingen on Tuesday.