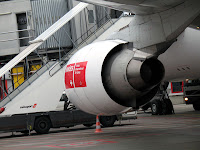 After the game in Ehrwald, we stopped a few miles away and were treated to a post-game meal, our last in Europe.

Then at 1am we took off for a 6 hour bus ride back to Zurich, Switzerland.

Most of us we would be in our same clothes for nearly 36 hours.

We received word that some players' flights were canceled due to impending weather, and some were delayed, but everyone arrived safe in New York. 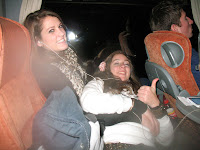 I want to send along a special thanks to Isabel (L) and Mary (who live in Fussen) for helping translate for us during the trip, their help with coordination of daily non hockey events along with Jim Tibbits our tour director, and for Mary's help running the video camera during the Select's hockey games.