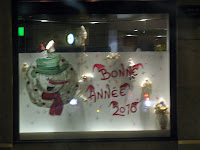 This is a chance to get away from the hotel and look at another incredible part of the city.

This town is mixed with upscale shopping and business, with the older parts, dating back to the 16th century, just blocks away. 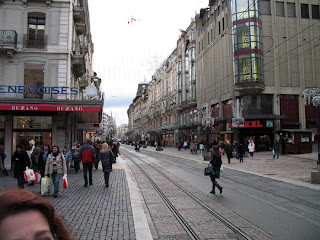 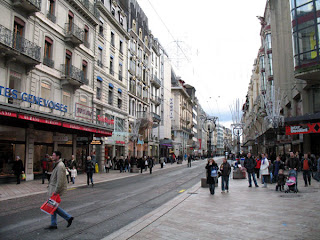 After walking through the main part of town, we stopped through the old town. The building in the photo below to the left is the oldest residence in Geneva going back to the 16th century, but the basement is as old as the 9th century. 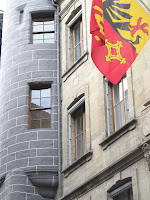 The dark tower-like building with the white painted grout.

The flag is the photo represents a "canton" which is a division or state in Switzerland.

There are 26, and each canton is flown with the Swiss flag.

Having fun on the tour of old Geneva. 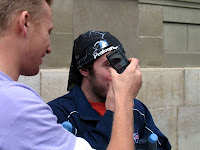 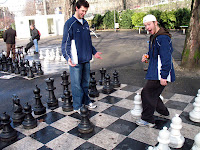 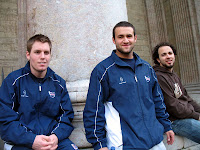 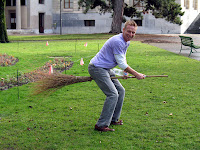 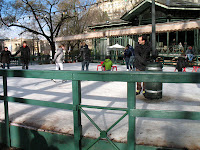 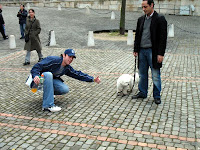 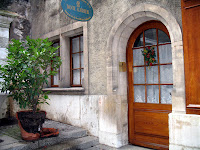 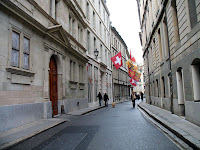 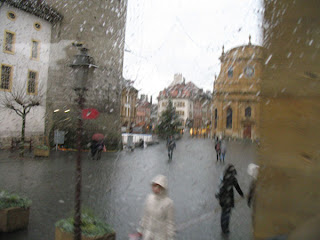 Next we toured the Catholic cathedral of St. Peter. It became a Protestant church in 1536. John Calvin preached here from 1536 to 1564, and the cathedral became the guiding center of Protestantism. 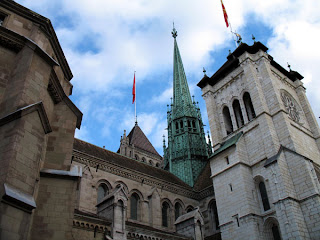 Like reformers all over Europe, Calvin's followers stripped Geneva's cathedral of its altars, statues, paintings and furniture. Only the stained glass windows remained.

You could pay 5 euro to go to the top of the church towers and boy was it worth it.  Look at this view of the city. 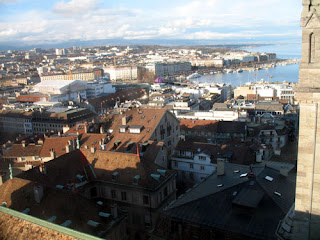 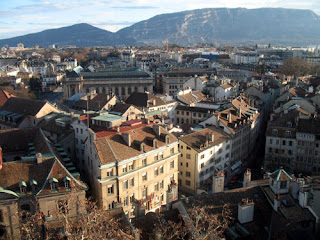 Walking past an outdoor cafe in downtown Geneva which has many outdoor areas surrounded by small tall buildings.  Here is a close up of a beautiful fountain that is spread around several parts of the city. 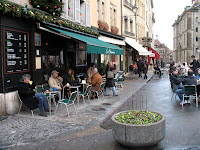 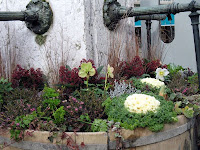 We headed back to the hotel to dress up for a nice meal at Molino Ristorante and a New Years celebration. Funny, but most of the eating places we have eaten at in Switzerland have been Italian Pizzaria's 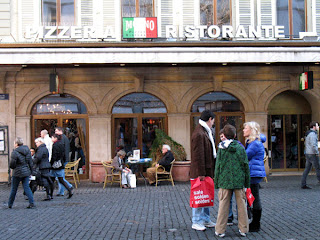 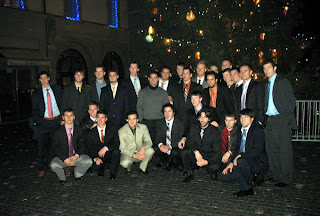 As some of us walked back to catch the #10 bus back to the hotel, there was a fireworks display over Lake Geneva. They really are there, somewhere...... 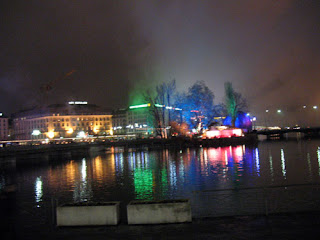